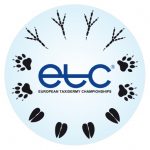 With the permission of the ETC® to use the original ETC® rules as a basis, but that they have been changed and adapted for the purpose of the I. FeHoVa International Open Taxidermy Championship show/competition!

The species must be registered with the scientific name, e.g. a Wild Boar as “Sus scrofa” or a Magpie as “Pica pica”.
The participant must bring in all registered entries together at the same time to provide time-consuming extra work for the competition staff.
All entries must be pre-registered!
The early registration time will end four weeks and the late registration time will end one week before the local check in day at the FeHoVa International Open Taxidermy Championship venue. Details are described in the brochure and in the registration form (paper or online). Registrations later than one week before the competition will not be accepted, nor late applications on place on the local check in day.

With accepting the FeHoVa International Open Taxidermy Championship Rules and Regulations by signing the registration form by one’s own hand or by a legitimated person, the participant agrees with publishing images of her/his person and entries and publishing her/his name in printed and online form (e. g. FeHoVa International Open Taxidermy Championship-homepage, ETC®-homepage, Taxidermy Magazines).

Each entry will be judged by one judge in the “Professional Division” and “Novice Division” and two judges (team) in the “Master Division”. Each entry receives a full and completed score sheet with judges’ comments on areas that need improvement as well as on work that was especially well done.

The official ETC® score sheets will be in use to judge all categories.
The completed score sheet will be given out to the competitor, a copy remains with the organization.

The FeHoVa International Open Taxidermy Championship is a competition only for Natural Mounts:
Independent of the used method or technique, the surface/covering (skin, hair, feathers) must be original.
All techniques are allowed that produce as much as possible lifelike mounts (e.g. conventional taxidermy, PEG-mounts, freeze drying, mixed techniques and others, cast birds feet and beaks).

It’s not possible for a competitor to enter categories of the same animal class (birds, mammals, fishes, reptiles / amphibians) in different divisions at the same time. Note: Game Heads are classified like an animal class. For example, you cannot enter a bird in the “Professional Division” and in the “Master Division” at the same time and competition. If you enter birds in the “Master Division”, the “Professional Division” is open for you to enter mammals or “Game Heads”.

The maximum of possible entries for every competitor in each and every Category (Novice and Professional Division) and also Subcategory (Master Division) is limited to eight pieces. Needless to say, that it’s not allowed to enter more pieces under a pseudonym.

This division is open to all of those who have been practicing taxidermy for less than 5 years (including apprenticeship). If a competitor decides to compete in the Novice Division, it is not possible to compete in the Professional or Masters Division at the same time.

Awards: colored small ribbons depending on the scored points in each category with a diploma of participation.

This division is open for any taxidermist and represents the highest level in the FeHoVa International Open Taxidermy Championship. The competitor should decide for himself if the learning process is over and she/he is ready for competing in the Master Division.
Except of the tanning process (mammal skins)/degreasing process (skeletons) and the used artificial eyes, everything should be “self-made”. If used, commercial manikins (forms) must not be recognizable and must be fundamentally altered (documentation!). Other commercially traded parts aren’t allowed in this division!
This point refers to the entered object (taxidermy mount) and not to the base/pedestal.
Documentation of the working/mounting process will be mandatory in the Master Division and will be part of the judging.
With “documentation” is meant a solid short description of the mounting process supported by some significant photos. It’s not necessary to reveal your top secrets. We know that it’s not always possible to take pictures and work at the same time. Photos of a similar mounting process will be accepted.
If no documentation is presented together with the entry, it will lead to disqualification!

The colour of the ribbon stands for the scored points. At least 70 points must be reached in order to get a yellow ribbon.
Together with the ribbon, the competitor will receive a diploma of participation.
Yellow ribbon: 70 – 79 points
Red ribbon: 80 – 89 points
Blue ribbon: 90 – 100/and more points
Basically only the standard of performance is defined in colors and points with the small ribbons, regardless of the Division.

Dead animals and dead prey animals will not be judged and scored as single entries but should also be well done because they belong to the base and could be scored relating to the artistic merits (design and composition).

Obviously alive looking prey animals (especially in movement) could be judged and scored like true to life mounts, if desired e. g. as a part of an animal group, but not as a main part in a single animal category or subcategory.

Visible parts of an animal:

A competition entry will be judged from all sides. So for example a sole embedded in the sea ground, which is only presenting the eyes and maybe a bit of the contour, cannot be judged. Except of Game Heads, the Competition Entries should represent a whole animal and not only parts e. g. a head and neck looking out of a cave. Not every pose that may be seen in nature is reasonable to be shown in the competition. All sides visible for the judge must be finished in the same high quality (for example the backside of a fish).

Mounts not allowed to compete:

The FeHoVa International Open Taxidermy Championship is a taxidermy competition. No matter how elaborate a habitat scene is done it is mainly the mounted animal that will be judged. However, the base, panel or habitat scene is part of the mount and will be judged accordingly, especially in the Master Division. When two entries are equal in score, the entry with an exceptionally good presentation will win against an average or poor setting.
Keep the balance between mount and base, panel or habitat scene in mind.
A habitat scene should display a mount and complement it, not dwarf it!
Mounts should be mechanically sound and securely attached to the base.
Insecure attachment or wobbling will reduce the points scored.
Except of Game Heads (wall mounts), a mount (including Game Heads pedestal mounts) which is competing on FeHoVa International Open Taxidermy Championship should be exposed on a base, otherwise it is not complete and is automatically disadvantaged.
A base, panel or habitat scene must be easily movable for the competition staff. If necessary, roles must be installed.

Name plates as well as signs that could reveal the taxidermist’s identity fixed to the base or mount must be removed or securely covered when entering the competition, otherwise they are not allowed to compete.
Posting of pictures beforehand the competition: It is also not allowed to post pictures of competition mounts beforehand of the respective FeHoVa International Open Taxidermy Championship, with titles, hints or other remarks, which identify the piece(s) as planned to be entered. This includes the whole internet (homepages, facebook and all other social media channels) as well as print media. Disregards will lead to disqualification of the respective mount(s) and in case of recurrence also to denial of attendance in future FeHoVa International Open Taxidermy Championship’s and ETC’s®.

In all categories extra credit may be earned for mounts composed of originally sculptured manikins, wrapped or carved bodies, provided they are properly crafted.
When two entries are equal in score, the one containing originally sculpted, carved or wrapped manikins will win against the one containing a commercially traded manikin.
Altered commercial forms will not be qualified as originally sculpted but will be considered for originality.
Needless to say, that we rely on the sportsmanship of the competitor. Honesty may be rewarded in a better score.

Competitors are encouraged to add their own reference material in all divisions to their entry.
If you do enter an unusual species or if you possess printed photographs showing intricate details of parts of the living animal this may help the judge in determining the correct interpretation. Also printed photographs showing sculpting, moulding and mounting processes (mandatory in “Master Division”) are very welcome.
Videotapes, CD’s and DVD’s will not be accepted.

For mounts that come with animated parts, voice boxes and the like, the same rules apply as for all the other entries. Poorly done or unnatural looking moving parts will lead to a lower score.

Trading at the competition area:

During the open exhibition, it is not allowed to place “for sale” hints or any business components near the entries / pieces. This is also a part of security for the entries during the exhibition. Visitors who are able to reach e. g. business cards are also able and invited to grab the entries.

Protest and interpretation (only possible in Professional Division):

Proven cheating will lead to disqualification and denial of attendance in future FeHoVa International Open Taxidermy Championship’s and ETC’s®.

With signing the registration sheet by her-/himself or through a legitimated person, or clicking the confirmation button in online registration, the competitor accepts the current FeHoVa International Open Taxidermy Championship Rules and Regulations.